Is it *really* possible to see what’s wrong with your car using your smartphone?

I wanted to find out.

You may have seen ads on Facebook for FIXD (found at CarHealthMonitor.com). The ads have been everywhere lately, so I wanted to find out for myself how FIXD works and if it’s worth the money.

Basically, FIXD is kind of like a FitBit for your car. (Or like a mechanic’s OBD error code reader on steroids.)

FIXD actively monitor’s your vehicle’s health with a free app on your smartphone and gives you instant alerts if a problem is detected and decodes errors in plain English so you know what’s going on.

How cool is that?

FIXD was invented by four students from Georgia Tech, fueled by the frustration of getting pushed around and exploited at auto shops.

The inventors of FIXD

“Like people, cars get ‘sick,’ too – and the only way they can tell us what is wrong is through the check engine light. Our team knew that there must be a better way to diagnose your car’s health – and now FIXD is here to help! I have a passion for creative innovation, especially when it means creating a solution to a wide-reaching problem. FIXD is the perfect solution for people (like me!) who don’t speak ‘car.'”

How does it work?

The FIXD sensor works by plugging into the OBD2 (on-board diagnostics) port of your car. (It’s the same port that mechanics hook their error code reader to.) NOTE: Every vehicle made in 1996 or later is required to have an OBD2 port. It’s typically located below the steering wheel, under the dash.

The sensor is wireless and connects via Bluetooth to the FIXD App on your smartphone, where you can easily see a quick scan of all your car’s systems and any problems found. 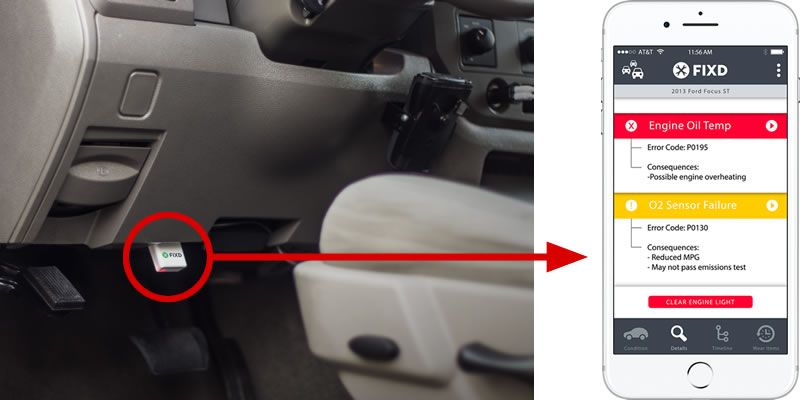 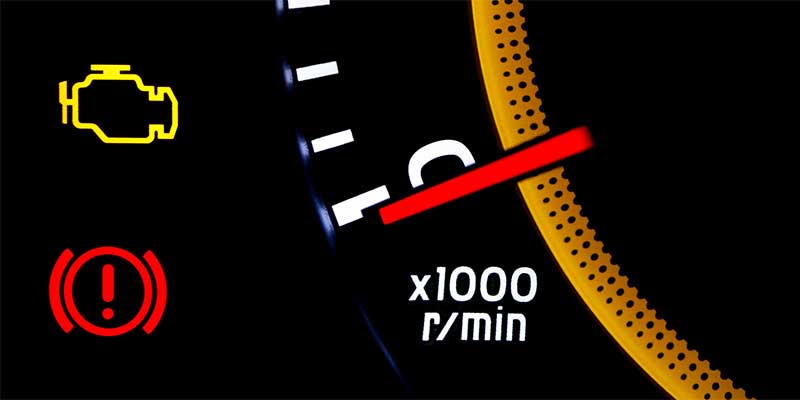 You know that UGLY sinking feeling.

You’re 247 miles away from home, headed out on a long-awaited road trip adventure and your ⚠ “Check Engine” light comes on.

What do you do?

If you’re like me, you have a mini panic attack, wondering if it’s something simple like a loose gas cap… or if your car is about to explode into a fireball. (Ok,
that’s an exaggeration, but you know the feeling.)

FIXD claims it changes that by showing you what’s wrong and how severe the problem is… in simple, easy-to-understand terms.

Putting FIXD to the test

My check engine light had been coming on intermittently over the past month, so I figured it was an ideal time to see if FIXD would tell me what was wrong. (They also offer a 30-day guarantee, so I figured there was nothing to lose.) I ordered two monitors; one for my car and one for my wife’s car.

Apparently, FIXD is selling like hotcakes because they were out of stock when I ordered. I wasn’t in a huge hurry so I waited it out. My two units arrived via USPS about two weeks later.

I installed the free FIXD app on my phone (note: the app is available for both iPhone and Android) and plugged the FIXD sensor under the dash. My phone connected to the wireless sensor pretty quick using bluetooth.

I’d be lying if I said I wasn’t skeptical about plugging an unknown gadget into my car. Thankfully I was pleasantly surprised.

My initial scan showed a “P0301 Cylinder 1 Misfire” code. Wow, it knew exactly which cylinder was misfiring? Awesome! That explained the rough idle I was feeling.

Like I mentioned, my check engine light had been coming on intermittently, but I had basically been ignoring it. I took the diagnostic info FIXD provided to the dealer and they ended up replacing the piston rings under warranty (which was literally days from expiring!)

Had I not known about the cylinder misfire, that repair would have cost us $1,000s out of our own pocket. Crazy!

So I’m totally sold on the benefits of FIXD. I even bought a third unit so I can remotely monitor my daughter’s car for problems (yes, you can do that!)

Where to get one

You can get FIXD on Amazon.com HERE. Last I checked it’s sold out, but you can still check out the reviews.

The best deal I’ve found is HERE for $59 + $5 S&H. At that price, FIXD basically pays for itself with one saved diagnostic fee at the mechanic.

What people are saying about FIXD

FIXD is awesome, but don’t just take my word for it…