It’s hard to imagine something more opposite than war and the practice of yoga. Inventor Dan Abramson thought of creative and funny way to bring the two together — and I absolutely love it. Meet “Yoga Joes:” 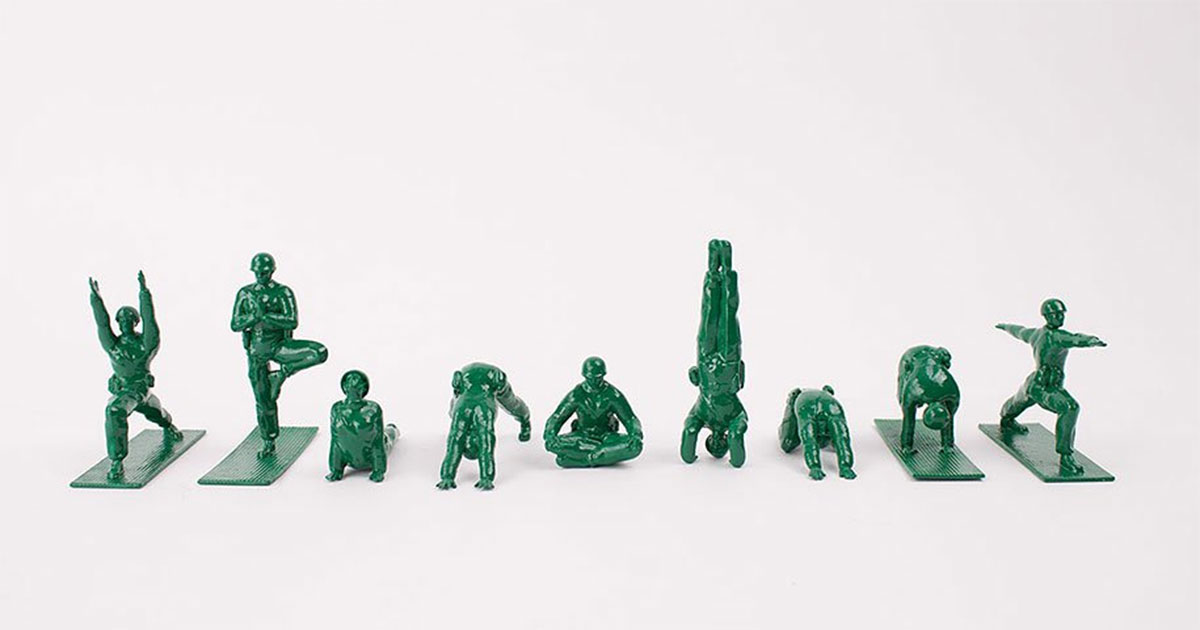 Yoga Joes are a series of simple green plastic army men sporting killer yoga moves instead of bazookas and rifles, bringing an essence of serenity to the cruel and violent nature of war. “I made Yoga Joes because I thought that it would be a fun way to get more people into yoga — especially dudes… beyond that, I wanted to make a violent toy become peaceful,” Abramson says.

You can find Yoga Joes HERE on Amazon.com. 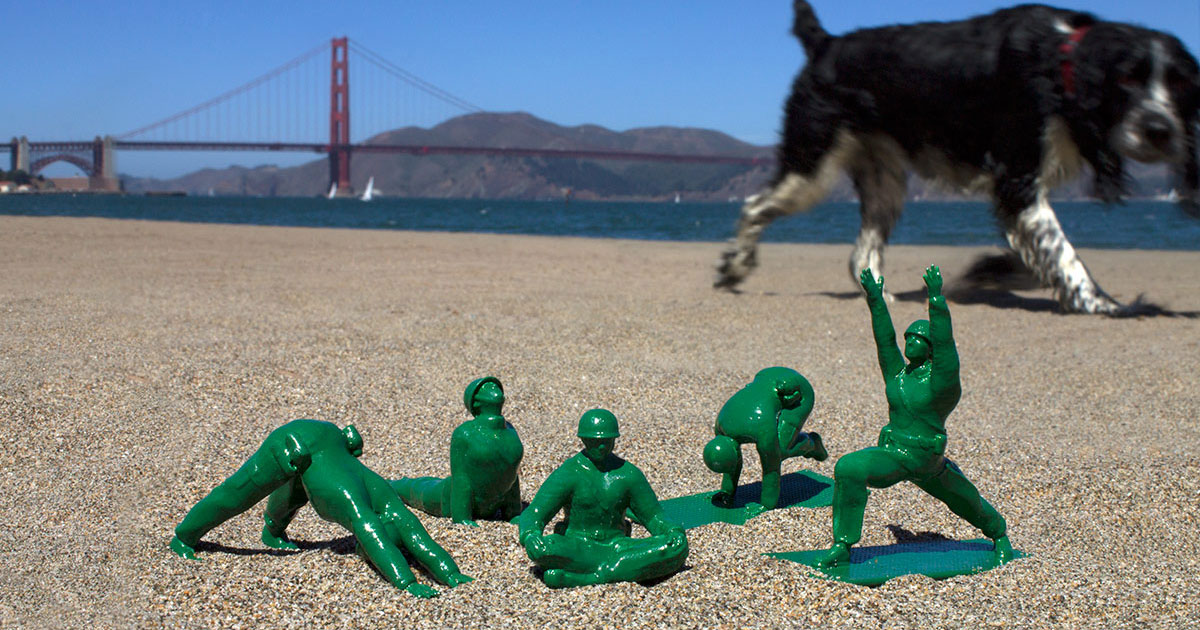 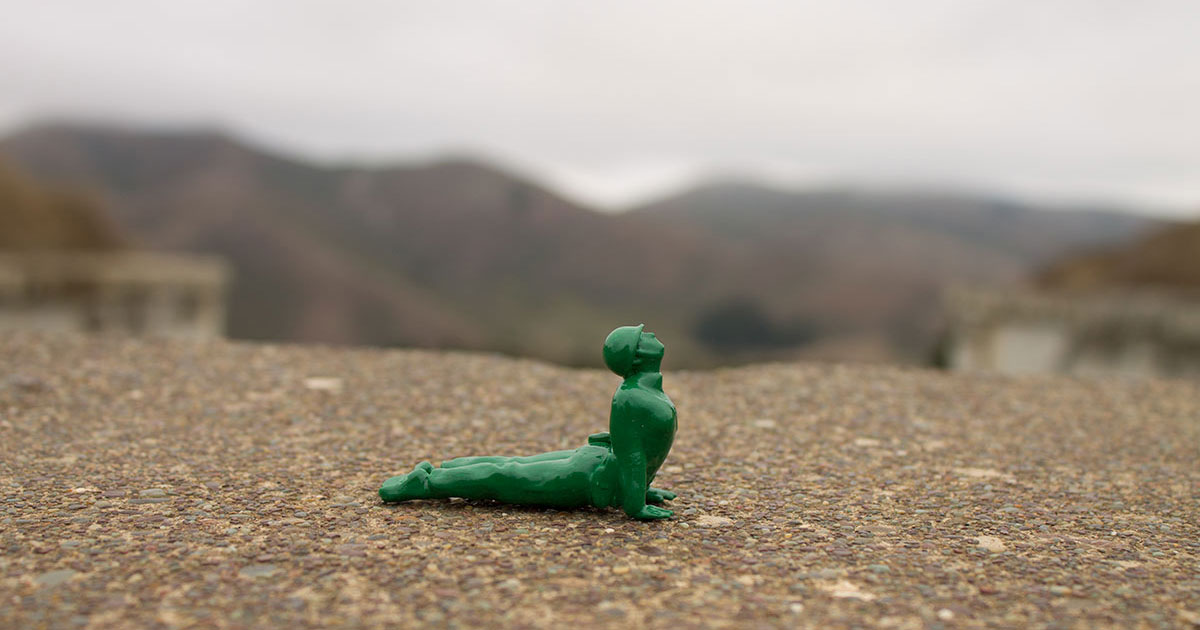 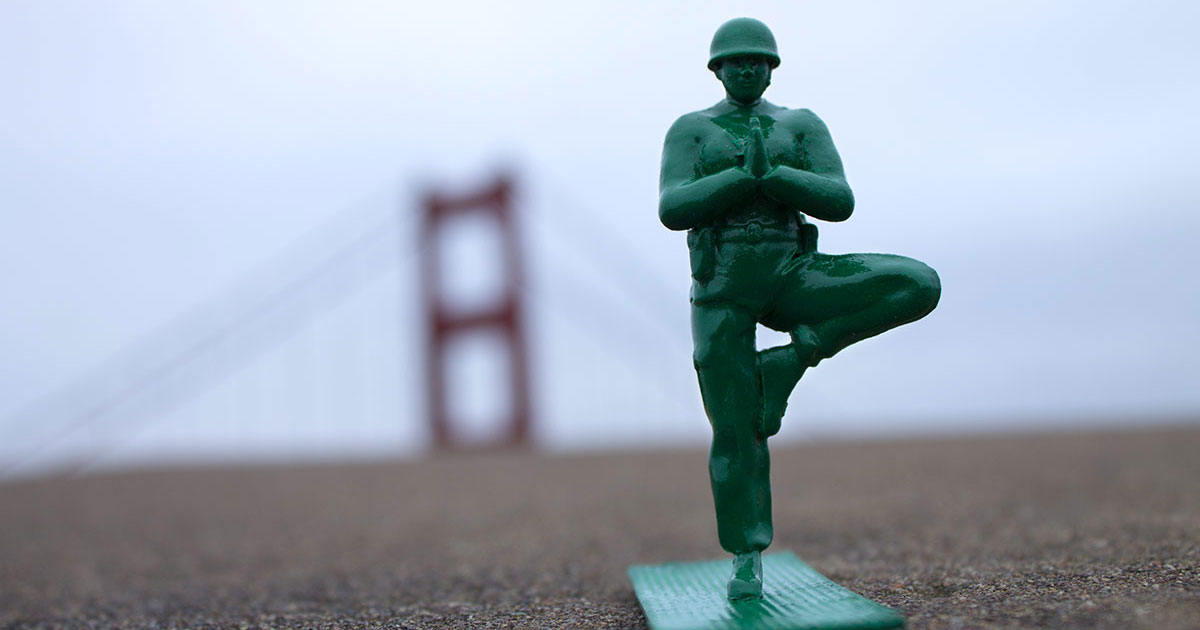